Yes....this is the third in a series....
Here are the first two if you want to "catch up"... hahahahahahha
>>Part 1<<
>>Part 2<<
I am trying to be as open and honest as I can. I sometimes feel I am really not cut out for the life that I live!!!
Craziness!!!
I am a city girl.... I now live in the boonies. By choice, but not necessarily fitting in with my surroundings!!!!
But the sound of bugs and birds beat the sounds of traffic and sirens any day of the week!!!! This is my sky view from my porch nearly every day (unless it is raining and dreary!!) 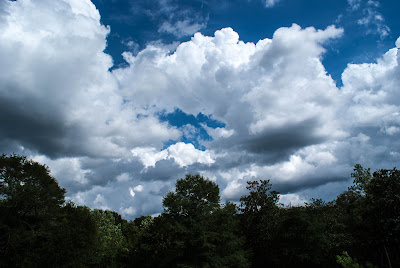 It is very pretty where I live and I have no complaints....

My sweet daughter….  My almost 13 year old beautiful little girl….
My tenderhearted chicken keeper…. My most capable kitchen helper…..
My mini-me (at least in looks and attitude!!)......  My Truly.... 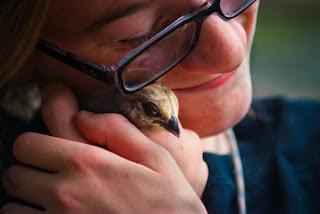 Somehow, in a sense of humor only God could have, I have a daughter that thrills in the hunting of squirrels.  We have always taught her (and her brothers) that if she kills it, she has to eat it.
Not that I have ever, ever (Nope, NEVER!!!!) shot anything for food!!!
Nor do I ever intend to!
As a child and teenager, my Army Man was a hunter.
He no longer enjoys it as he did...
Every single day my daughter asks me if she can go hunting.

I had an “excuse” through the summer because it was not “hunting season”, but now that we are in September I no longer have a valid excuse for denying her this.
She LOVES to go out hunting.
I have no idea where this desire comes from!!!
Is it her competitive nature?? Nope!! Don’t think so….Neither of her brothers want to hunt. So she wins every time...
Is it her need for food?? I should think not…. There is plenty of food in this house!!!  I have to feed 3 kids that are 11, 13 (in Oct.), 15 (in Nov.)!!!!!

I just do not understand…..

It is something I have come to accept as a part of her.  She is not like me at all when I was her age. I wanted earrings, new shoes, dresses and makeup for my birthdays, not a new gun, arrows with real tips (for future deer hunting!!) and a large knife!!!!  It’s kinda freaky, but she is who she is and I love her for it!!! She is pretty awesome!!! 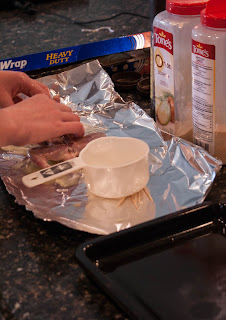 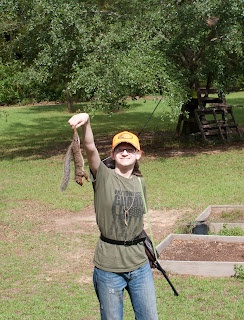 After she has shot and cleaned it she then prepares and cooks it herself.

My oldest son, McCoy,  has always been fascinated with all things lizard….. he is constantly bringing me creepy, scaly things to look at. It seems to me as we have been out on this property  that the things are getting bigger and creepier…..this is an older photo (from Spring 2015), but gives you an idea of things that are thrust into my face almost daily (ok, so he has learned his lesson and no longer thrust them toward me, but it still FEELS like they are thrusted and I shrink back. Every time!!!)... It's no wonder that my hair is turning grey!!! Look at what I have to see!!!! 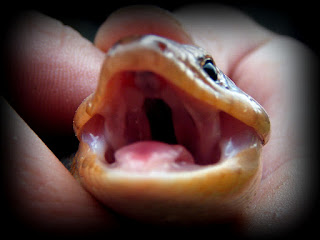 My barefoot boy…..
My youngest son is by far the least adventurous….
He is always concerned about safety and making people aware of the dangers of our property by telling them about all of the snakes he has seen, the spiders that lurk in the trees, and the many, many thorns he has pulled out of his feet!!!
However, all that caution does not apply to him. Obviously.
He runs about the place bare-footed. All. Year. Long.
So much so, that his running around barefoot combined with an abnormally quick growth spurt when he was nine has caused him to have a condition known as Sever’s Disease. It’s not a disease in the exact definition, but that is the layman’s term for it….
It is called “Calcaneal Apophysitis”. Yeah, that’s why it’s also called Sever’s disease…..
Here is a bit of info on that... >>Heal Pain<<
Over the last year and a half this barefoot lovin’ boy has been in double casts on his feet five times (3 to 6 weeks each time!!)!!!! Five times!!! Can you even imagine how difficult that is for a boy?!?! We went from carefree to be careful overnight!! Because of this issue (which he will have until his heel bones fuse)(somewhere between 12 and 14 years old!) he is forced to wear shoes all the time!!!! Not a big deal if you’re in the city and have to walk on concrete and roads often, but out here in the boonies we have 6.5 acres of grass, woods, creeks and ponds to explore. It has been a very difficult time for my boy….. but he is a fighter!!! He hardly complains unless the pain has become unbearable and still, he tries to run around barefoot!!! 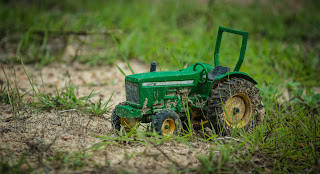 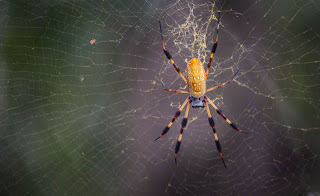 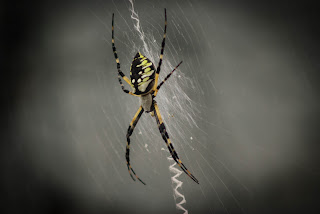 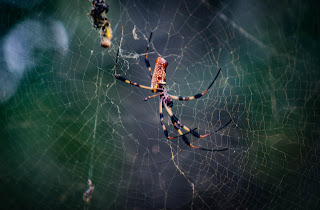 Along with a few other critters.... this "little" guy was about 3 inches long!!!! 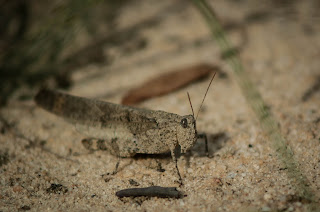 Since we do live out in the Boonies now we had to consider getting a larger dog!!
Our Bella, a cute and cuddly Australian Shepherd mix is a great companion, but when it comes to watchdog she is more annoying than scary. We ended up with Aries… you can read the story of how we came to have him here >>Aries' Story<<  and some of his antics here >>Crazy Dog!!<<  but most recently he has been diagnosed with Radial nerve damage in his right shoulder.
This is what I have discovered about it so far....>>Link<<
He had been limping for a few weeks and his right leg muscles have begun to atrophy!!! This is the result of three males fighting an epic battle for dominance with Aries being the smallest and youngest of the three!!!  He is a scrapper and does not know when to cry uncle!!!!   The good news is no bones were broken in battle and there is no infection!!! We took him to the vet because he lost control of his right leg/foot. He was dragging it…..
But he seems to have regained some use of his leg/foot and we continue to give him cortisone tablets (anti-inflammatory) . The bad news is, when we have him rechecked in 4 weeks he needs to show marked improvement. If he does not we have to face a possible amputation to the shoulder. I was in tears at the vet’s office just thinking of our happy-go-lucky boy with only three legs!!!! But the vet assured us that dogs get along just fine with three limbs and should the worst happen he would go on to live a happy healthy life. 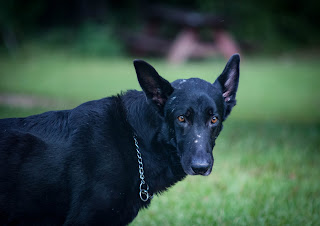 I do love where we live!!!
We have much freedom here that we would not have in the city.
I have a beautiful home with a wonderful view, a completely failed garden, and lots of love and laughter.

Here is my baby, Thoene, on his 11th Birthday and his choice in cake.... cheesecake of course!!! 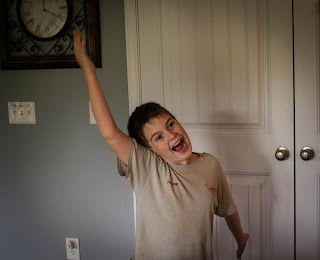 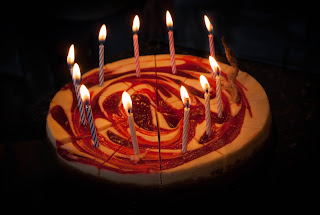 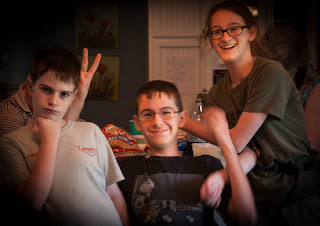 Bretta Elmore
Hey ya'll!!! Thanks for stopping by!!! This is my life blog. Life has a way of changing us, some for the better, some not so much. I am a mom, wife, photographer, bookkeeper, friend, lover, and all around nice person. Read my blogs, get to know me. Ask me anything....